Polish Firefighters for the Families of the Heroes of Beirut! 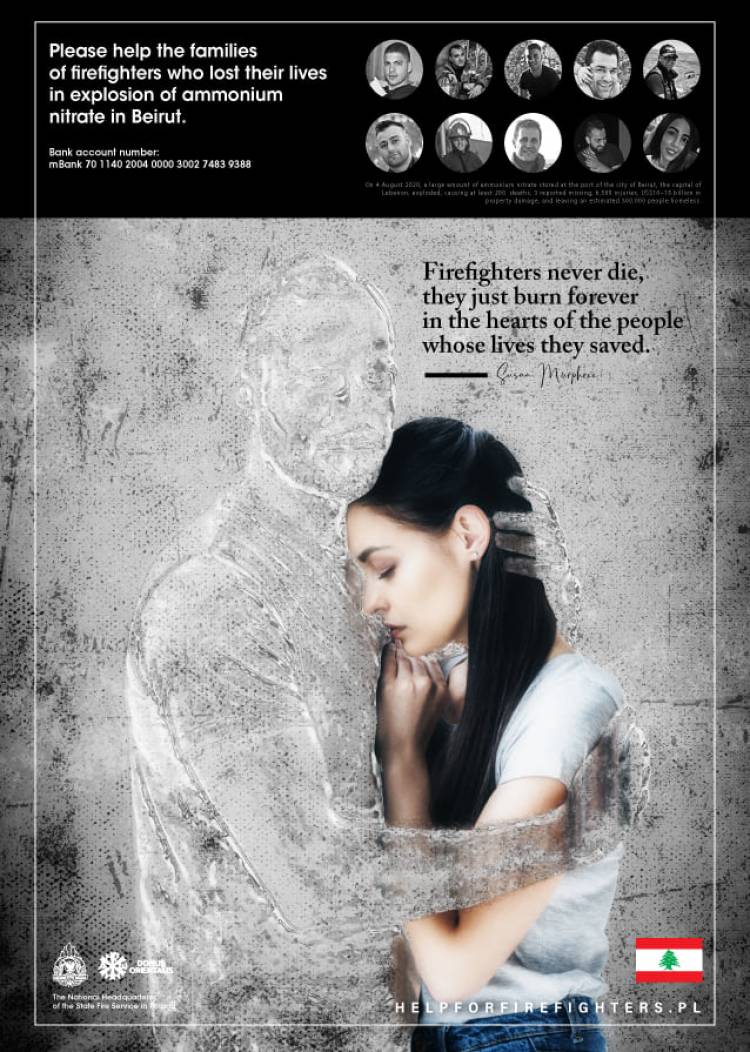 On Sunday, October 4 at 06:06 P.M., exactly two months have passed since the explosion in Beirut, which turned the eyes of the whole world to the capital of Lebanon. The "Domus Orientalis" Association has been accompanying the Lebanese after this tragedy from the very beginning. Thanks to your support, we can provide emergency assistance to the victims of the explosion and repair their damaged homes and workplaces.

The tragedy that the whole world has heard about began on August 4, 2020 at 06:06 P.M. local time, when the ammonium nitrate stored in the Beirut port exploded. At that time, a fire fighting operation in another warehouse was taking place in the port. The firefighters from the Karantin branch did not know the dangerous surroundings of the operation. At the time of the explosion, they had no chance to survive. Ten young people died, including one female paramedic in this brigade. The Lebanese paid tribute to these firefighters and said goodbye to them like Heroes. And truly Heroes they are!

Polish firefighters, who at the beginning of August participated in the rescue operation in the Beirut port, now, two months after the explosion, started collecting funds to help the families of their Lebanese colleagues who died tragically in the explosion on August 4. Unfortunately, these families not only lost their loved ones irretrievably - this loss cannot be repaired - but along with their death some of them found themselves in a very hard material situation.

That is why the Łódź Voivodship Commander of the State Fire Service and „Domus Orientalis" Association decided to cooperate in order to support the families of Lebanese Heroes. The fundraising campaign is carried out under the patronage of the Chief Commander of the Polish State Fire Service and with the active involvement of many Polish firefighters, especially participants in the rescue operation.

We start collecting funds on October 4 at 06:06 P.M. (Lebanese time), that is exactly two months after the explosion. We will start it with the publication of a film reminiscent of the tragedy of the city and firefighters, which was prepared by Michał Kłosiński. The collection will last 10 days (until October 15) - each day we will present one person from the Lebanese fire brigade, a Hero who gave his life in the service. After the collection is over, the collected funds will be transferred to their families.

Thank you for every support!

Summary of activities in Beirut: August-October 2020: material, food and medical...

"Give a Job!" Aleppo - help for Kamil

Give a Job! Beirut - restoration of worklpaces, December...

Love saved them from the blast!

"United in pain" - support for the firemen's families.