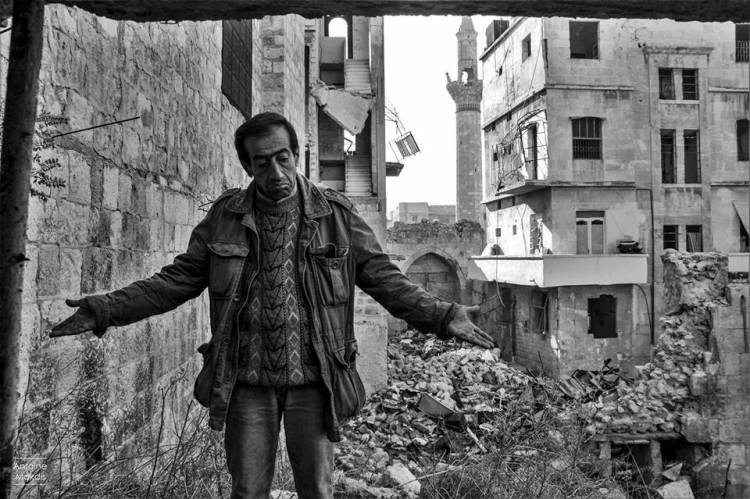 The war in Syria and its dramatic consequences have affected millions of ordinary people. One of such people is Antoine Makdis - a student, photographer and social worker from Aleppo.

During the meeting you will have the opportunity to see his works, in which extreme moods dominate - from pain and resignation to joy and hope. A symbolic walk with Antoine trough today's Aleppo will be the starting point for the other stories of our guests - father Przemysław Marek Szewczyk who leads projects in Syria, Syrian priest Vladimir Nicolas Georges and Antoine’s friends- Michał and Bashar. Furthermore, a very talented Syrian student Szymon Sammun will sing for us in Aramaic and Arabic, and his brother Suheil will play the violin!

The meeting will take place on Tuesday, 12.02 at 7:00 pm at the IMKA theater in Warsaw (M. Konopnickiej Street no.6), the exhibition of photos will be available until 19.02
We would like to invite all interested people, the meeting will be carried in Polish and English. Free entrance!

*Cover photo- a man who lost his son during the war, stands next to his destroyed house, Aleppo, Bab al Nasr, 2018, made by A. Makdis.

Charity concert: "Only love changes the life of the run - carols for Aleppo 2019"

We help in Syria with deacon Bashir

"Rhesis" - about our language school

Charity concert: "Only love changes the life of the run...