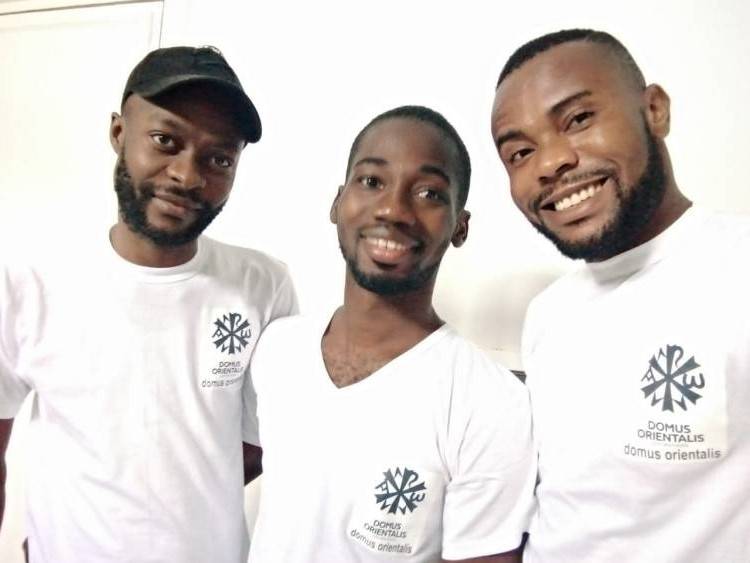 “Migrations, more than ever before, will play a pivotal role in the future of our world” writes Pope Francis in 40th point of his encyclical letter “Fratelli tutti” and he adds: “At present, however, migration is affected by the “loss of that sense of responsibility for our brothers and sisters on which every civil society is based”.  Then, Pope speaks about Europe which is one of the regions deeply touched by the migration crisis, which is “aided by its great cultural and religious heritage, it has the means to defend the centrality of the human person and to find the right balance between its twofold moral responsibility to protect the rights of its citizens and to assure assistance and acceptance to migrants”.

Association "Domus Orientalis" is present amongst African migrants that currently been settled in Tunisia for a while, mainly thanks to ad-hoc support for those who found themselves in a difficult situation due to pandemic restrictions. Currently, we are in the process of creating a more systematic form of help that comes from the sense of fraternity with people forced to choose a migration path. We want to invite you to participate in this project.

In the peripheries of Tunis, Tunisia we are opening a home, a home that we would like to be a shelter for Africans who are in the middle of their path. They choose their migration path due to various reasons.  Many migrants have fled from war, persecution, and natural catastrophes. Others, rightly, "are seeking opportunities for themselves and their families. They dream of a better future and they want to create the conditions for achieving it" (Fratelli tutti, 37). Sadly, in the majority of cases, the decision to get on the road is linked with, both, lack of a clearly defined goal, and a lack of an idea of how to achieve it. This not infrequently results in the situation when "unscrupulous traffickers, frequently linked to drug cartels or arms cartels, exploit the weakness of migrants, who too often experience violence, trafficking, psychological and physical abuse and untold sufferings on their journey”.

At home that we are creating, we will accompany African migrants in many ways:

How can you help?

We invite everyone who wants to participate in the creation of this home to join the "Friends of Africa" group. All you need to do is to fill in the form below or write to us an e-mail (address: kontakt@domwschodni.pl) with all the data asked in the form. The "friends of Africa" are asked for a monthly donation – at least for half of the year – in the quote of 10 - 50 EURO/DOLLARS, which will help to cover the organizational costs of the home. Also, we wish that they get in touch with migrants that will reside in the home or participate in organized initiatives. Residents and migrants linked with the home, on regular basis, will send to "friends of Africa" e-mails and will publish video materials sharing their news, joy, woe, history, and news from their countries. We want that "friends of Africa" will be friends in the fullest meaning of this word possible, which means close people, interested in one another.

Become “Friend of Africa” – fill in the form

Monthly donation from Friend of Africa:

6-months donation from Friend of Africa:

In case of a different quote, the donations need to be transferred to the bank account of the Association "Dom Wschodni – Domus Orientalis”:

Meet YBTE - Hope for the Lebanon!

“I’ll sneak into France like a thief”. Joel from Ivory...