Rehabilitation and psychological Support Center of dr Binan Kayyali – support for autistic kids and children with Down syndrome. 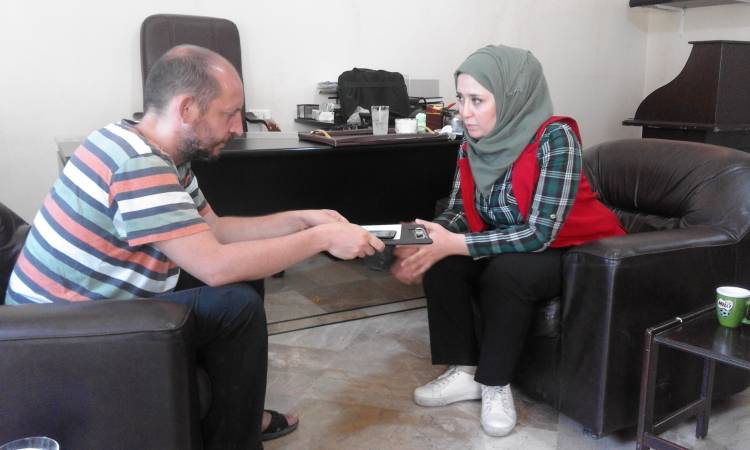 The issue of physically disabled people and people with mental dysfunctions is one of the many problems of today's Aleppo. Families with such members are socially stigmatized in a specific way, which isolates them. Lonely mothers with handicaped children are condemned to sitting in their homes, which makes it impossible for them to find a job and survive in these hard time. That is why Dr Binan Kayali's Center not only carries education and psychological help for children with autism and Down syndrome, but also allows them to feel the strength of the community and the love that flows from it.

The Center has been operating for over 3 years and looks after 200 children, including homeless. 30 therapists work on two shifts 6 days a week - up to noon there are group classes (speech therapy, drawing, skills) for about 130 children, and in the afternoon individual sessions for 70. Due to lack of funds, the school operates on the groundfloor in house in West Aleppo. Despite this, brave Dr. Binan helps everyone - during the worst fights, she went to prison to lead therapy for the most degenerate men.

Binan is also a friend of father Firas from Terre Sainte, where she coordinates a war trauma treatment project for children and youth.

The title of the transfer: "Doctor Binan"

„Name and Future” Centres in East Aleppo – a chance for poorest kids and uneducated...

Syria, the cradle of the civilization. Why this country...

World Day of the Poor: The Poor in Syria

We paid transportation and you "Gave a Job" again! Thank...