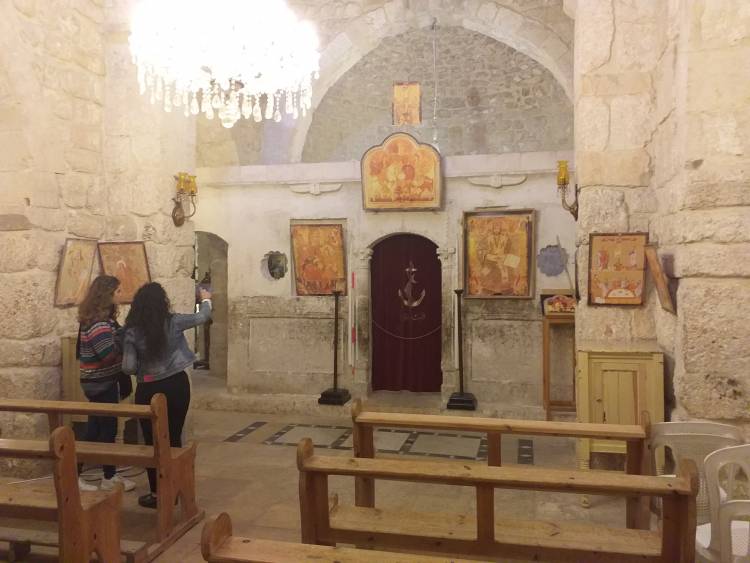 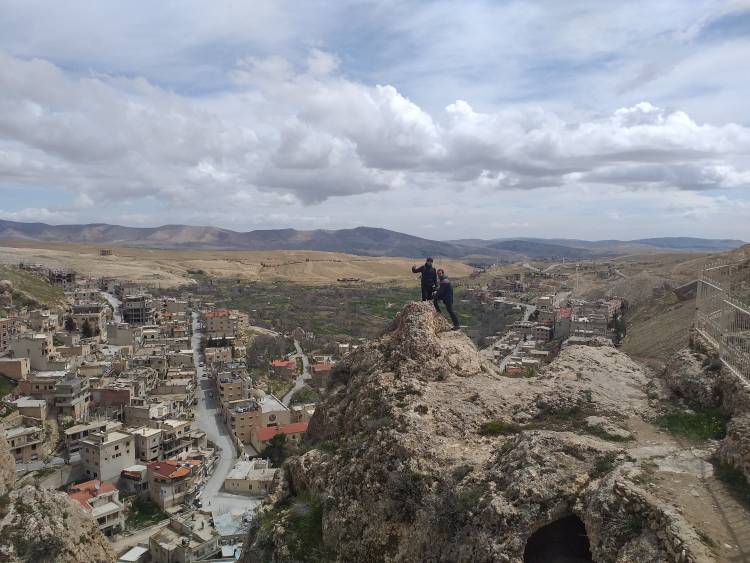 Syria is an important place to every Christian, mostly because of Damascus, a city which witnessed Paul's conversion. However, there is another place that falls in the heart of pilgrims: it’s Malula, a small town based near to the capital of Syria. Amazingly located on the side of mountain is not only an important place on the map of Syrian Christianity, but also really beautiful town with friendly and sincere people.

Malula is famous for the fact that its inhabitants still speak the Aramaic language, which was used by Jesus Christ during his earthly life. The beginning of Christianity in the city is associated with the presence of St. Thecla, a student of St. Paul. The story of her life influenced the residents so much that they accepted her faith in Christ, which is still dominant among the inhabitants of Malula. The cave in which St. Thecla found a shelter, and were she was buried is based at the top of the hill. Now it’s a central part of the sanctuary and a main reason of many pilgrimages not only from Syria.

In the city there is also the church of St. Sergius and Bacchus, Roman legionnaires who, after accepting their faith in Christ, faced a martyr's death. In this church we can find probably the oldest preserved Christian altar.

For Polish people there is one particular event in the history of Malula, which is very important. In 1943, polish general Władysław Anders along with his army was located there for two months. As a thank for hospitality he donated two icons to the church of Sergius and Bacchus who were stolen by jihadists during the sige of Malula. In the stories of the inhabitants, the presence of Poles is very warmly remembered and the icons were proudly shown to every pilgrim from Poland. The icons along with another precious items were stolen by jihadists during their occupation of Malula. The jihadists were very ruthless to the people of Malula, they also destroyed many houses and churches.

The importance of Malula, the history of it’s Christian faith, the suffering of its inhabitants and the special presence of Poles during the difficult time of war gave us an idea to organize the event: "Return of icons". We want to produce in Poland copies of icons donated by General Anders to the church of St. Sergius and Bacchus, than deliver them in the end of August. We will also organize on this occasion a joint Polish-Syrian prayer for peace. We would also like to take this opportunity to leave a gift of heart – a small support for the poorest inhabitants of the city.

Gen. Anders, by offering the icons of Christ and Mary, expressed the unity of faith between Poles and the inhabitants of the city. Polish soldiers found support and brotherhood in Malula at the time of biggest hardship for polish nation. That’s why we want to deliver the copies as a gesture of solidarity and support of polish people to Syrians.

Project is carried with Caritas of the Łódź.

The title of the transfer: Icons

World Day of the Poor: The Poor in Syria

Give a job- thank you for your support for Kamil from Aleppo!