Syria, the cradle of the civilization. Why this country is so important for the world? 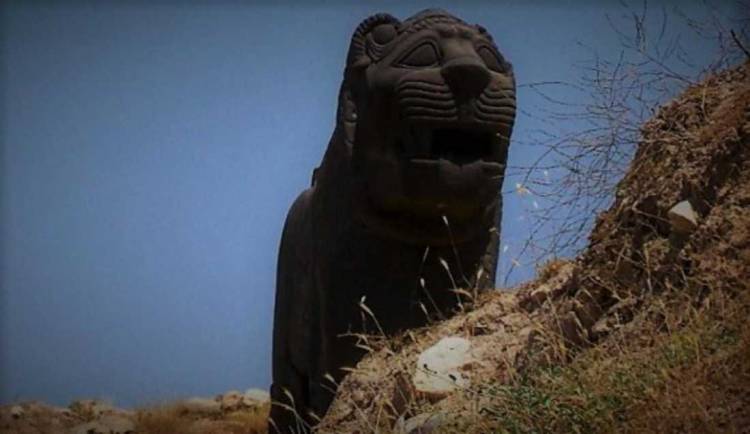 Fr Przemyslaw Marek Szewczyk, the editor of “Dom Wschodni” asked me by email to write articles
and letters about Syria. And as far as I am delighted, that request will inquire and extent the
knowledge of readers about my homeland Syria and its culture and its role in the history. I would
like to give the readers a brief hint about the history of Syria and its civilization.
Syria, where I belong to, has a written history dates back to more than eight thousand years.
During this time there were successive forty civilization, and everyone who visits my country can
recognize these civilizations through more than 4,500 archaeological sites spread across the

According to the World encyclopaedias, archaeologists considered Syria the center of one of the
oldest civilizations on earth. Here was the beginning of human settlement, planning the first cities
and the discovery of agriculture and the domestication of animals, the spread of knowledge and

innovation of the alphabet.

Here people discovered the first sickle and the first plow, there were the first cities and civilized
kingdoms that were superior scientifically and economically more than many of the world’s ancient
countries in the history. Industry, first round wheel from stone, and devised waterwheels that raise

water from the rivers, and as we know, Global Industrial Revolution based on wheels, steel

industry, and the first alphabet – all these innovations came from Syria
Even the researchers confirmed that Syria today, with its heritage and monuments can be
considered as a summary of the history of the world. French famous researcher and the former
director of the Louvre Museum, Andre Barrow, said that „every civilized person in the world has

two homes, the one which he belongs to and Syria”.

Syria gave the Roman Empire many emperors who contributed to develop the civilization
throughout the Mediterranean Sea, especially in the empire center, like Julia Domina and her son

About 40 kilometers north from Aleppo, there is a village called Brad, where is the tomb of Saint

Maron (patron of the Maronite community), where he lived,

became ascetic, and was buried.

In Maalula village people still speak Aramaic which is one of the world’s oldest languages, the
language of Jesus Christ. Today no one in the world speak it except the 12 thousand Syrian,
residents of Maaloula ,who consider it as their mother tongue. In 2003 schools started teaching
the Aramaic language, whereas about 150 of students who are learning there ,between the ages of

7 and 50 years old, are taught by ten professors.

Damascus, which was described by the researchers as the oldest city in history, had turned in the
Islamic era, into the capital of the Islam’s caliphate. Its borders extend from Central Asia to Spain.
This city transferred its modern architecture and art to the countries of the world and the Syrian
architecture is attested widespread in Cordoba and Zahra in Andalusia, and in the Umayyad
Mosque in Damascus. There is the tomb of Saint John Baptist, where Pope John Paul II visited and
prostrated in front of him and prayed. In this mosque there is the bride minaret, which is one of
the Islamic architectural arts, and it’s the first minaret in history, in addition to the most beautiful

and oldest castles and military forts.

And for the old Syrians significant impact in the arts and music is the oldest evidence in ancient
history for lute, dating back to 5000 years. The researchers found the oldest trace of the lute in
northern Syria, and found stony inscriptions representing women playing it. It is considered as the

Every time I read a book about the history of Syria I discover the greatness of my nation and my
grandparents. I wish that I could tell the whole world about the beauty and splendor of this
civilization. Syria, which was liberated from Turkish colonialism in 1918 and from French colonialism
in 1946, suffers today from other wars, and not less than it suffered before. The major countries
have hands of this war and their ambitions of the resources of our country and its oil and its
strategic location. The Syrian citizens are afraid that this greed extends to Syria museums and

archaeological sites to steal the rest of its beauty history.

The doctor of the survivors: Meet dr Nemam Ghafouri from Bajed Kandala camp

Who we are and what we do - Caritas Aleppo

Give a job- thank you for your support for Kamil from Aleppo!

Who we are and what we do - Caritas Aleppo